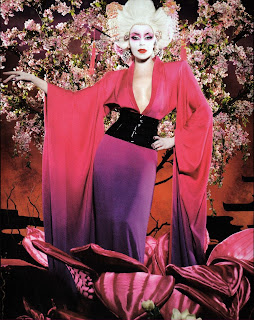 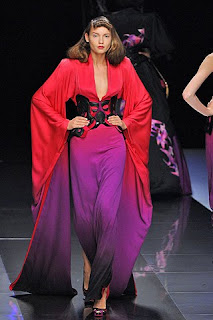 The "X" era was a rather mixed up era when it came to Kylie and her fashion, but that isnt the case for this outfit looking absolutely sensational in a Alexander McQueen Spring 2008 pink and purple ombre kimono luckily Kylie opted out of the black runway corset belt instead choosing a thick black patent belt.

Janet Jackson wore the same dress to the opening on the Alexander McQueen boutique in LA in 2008.
Posted by Aphrodite at 17:17
Email ThisBlogThis!Share to TwitterShare to FacebookShare to Pinterest

Please do not re-blog or copy any post in its entirety. All text © Kylie-Style.com unless otherwise stated. Images are for educational/commentary purposes only and are copyrighted by their respective owners. No copyright infringement is intended.