Like A Pure White Diamond I'll Shine On And On 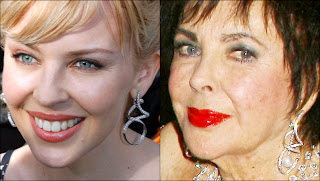 It would appear that Kylie and a certain Dame Elizabeth Taylor have more in common other than being incredibly fabulous, they also had the same taste in jewels. Kylie was spotted wearing a pair of diamond spiral earrings, which Dame Elizabeth Taylor also owned (and were auctioned at Christie's for $80,500.00) although they have been my biggest mystery so far, as Christie's doesn't mention who made these works of art. Dame Elizabeth being the true diva that she is, modified her pair by added a pearl pendant. 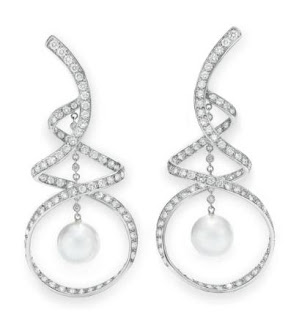 Posted by Robbie at 18:15
Email ThisBlogThis!Share to TwitterShare to FacebookShare to Pinterest

Please do not re-blog or copy any post in its entirety. All text © Kylie-Style.com unless otherwise stated. Images are for educational/commentary purposes only and are copyrighted by their respective owners. No copyright infringement is intended.